Locks are an integral part of what makes ‘lockers’ actually function, and choosing the right lock will have a lot to do with how smoothly users can interact with their school lockers. There are several different types of locks, all sold by two major sources in the lock industry; Master Lock and Zephyr Lock.

Hallway lockers start requiring locks around the time kids start middle school since most elementary schools find such security measures unnecessary. Another complication is many students under the age of 11 cannot be relied upon to remember lock combinations or keep them secret. Instead, schools forgo the lock and rely on a magnetized door or a single lift latch to keep lockers closed.

Your choice of door latch will ultimately effect which lock options you have available that allow your locker to securely close. We offer recommendations for matching locker to latch but remember to always consult your manufacturer when making the final decisions. 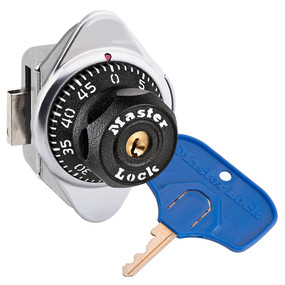 Federal and state law requires that 5 percent of locks on lockers be compliant with the Americans with Disabilities Act. Many different solutions to this have been tried, from special keys to electronic locks. Master Lock, however, has come up with a lock that looks identical to many of their other products but offers a special key that allows users to unlock their locker without the user needing to possess the fine motor skill necessary for traditional locks. There’s no need to remember a combination or conduct any intricate maneuvering. The positives are that it looks like everybody else’s lock, so there’s no discrimination caused by a lockers appearance, and the same locks can be used by any student. 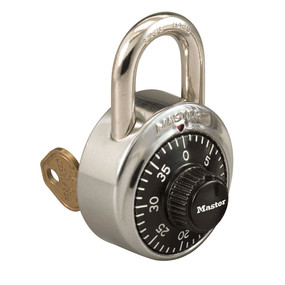 The U-shaped ‘shackle’ of this lock makes this padlock the most versatile since it’s interchangeable with every type of latch in the industry. This lock is also one of the least expensive options and still comes with five different combination choices. Administrators can change the combination as needed; like the beginning of a new school year. When each student moves to a new locker location the rotating lock combo ensures that no one can come back to open their old lockers that now belongs to someone new. These padlocks can either be provided by the school, or children can use their own padlocks. Locks brought in by students are most common in a PE application, where students use different lockers each gym period, and lockers are often left empty for long stretches. Portable locks make it easier for students to switch back and forth between lockers. If you’re concerned about security, padlocks are a natural solution for any latch since only bolt cutters could conceivably remove them. While built-in locks are rated as some of the most secure and convenient to use, they may never be quite as secure as a heavy duty padlock like this one. 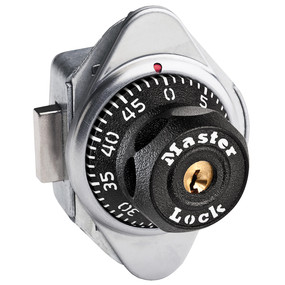 These two models are most similar to the deadbolts found on a front door, as they can be retracted in and out. A square-edged deadbolt coming out of a built-in lock has no spring action, so once it’s locked it cannot be manipulated or depressed. If you’re worried about someone trying to break into the lockers, these locks are a good solution. Because most turn handle latches are found on well-ventilated lockers, those locks can be vulnerable if people are poking through the holes. A deadbolt cannot be disabled this way, and makes a good match, while it will never work with a slammable latch or door.

Often used for ADA, digital locks don’t require pinching and turning, and users can simply punch in a number 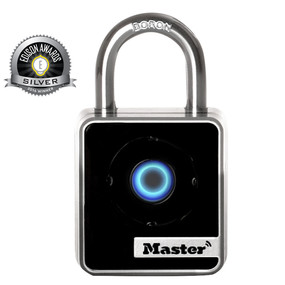 sequence. These locks tend to run on the more expensive side but have recently started to come down in price. More and more schools are beginning to use digital locks, allowing them to become more modern, as well as better able to facilitate easy mass remote entry. Mass entry is needed in cases of drug searches, end of school cleaning, and other remote entry requirements.

We predict that all sorts of digital locks may become more popular in schools before too long. Day use locks, which reset at the end of each day, would allow users to choose each locker as needed and select their own code. Biometric locks are another possible option in the near future, requiring a unique fingerprint for entry. Other locks connect to mobile phones, sending messages to unlock lockers. For now, these are mostly too expensive for schools, but in the future, who knows how we will gain access to our homes, cars, and yes, our lockers. 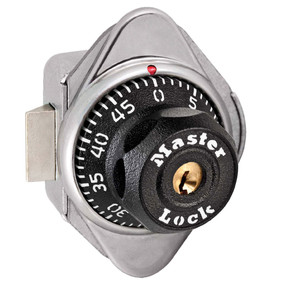 The Master Lock 1652 was developed with a stronger, longer throw after its predecessor the 1654 proved insufficient. Since not all lockers are set up to be able to move left and right after set up, this lock will not be appropriate for every setting. 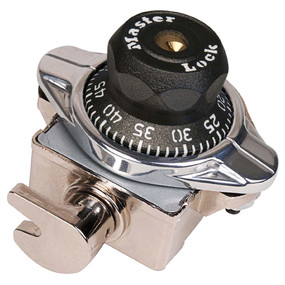 Also known as the rotary lock, this one still has a single point, no moveable parts and require less maintenance. It’s most similar to the trunk of a car, with a c-shaped claw that rotates to disengage the lock. It is much more secure than the Master Lock 1652 (mentioned above,) but still hasn’t become as popular as its predecessors.

This may be because when the door is open and the lock is in the locked position, the combination has to be redone in order to close the door, which proves inconvenient for a majority of users. This lock also tends to be a little more expensive than the 1652 lock. Locker manufacturers have to make a special latch to work with this lock and must be notified ahead of time if clients wish to use it. 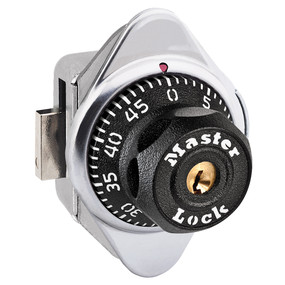 This lock is slightly more unusual. Similar to the deadbolt it moves up and down instead of side to side. These locks can only be used with a gravity lift latch. When part of the latch engages with the lock it restricts the up and down movement of the bolt and effectively locks the locker. While none of our previously stated locks are easy to manipulate, a built-in lock provides superior security since breaking in takes more than bolt cutters. Historically, this lock was developed directly after the deadbolt.

For additional assistance in choosing the right lock for your locker type and location, contact our locker experts at DeBourgh. Let us help you find the match for your lock and locker needs.