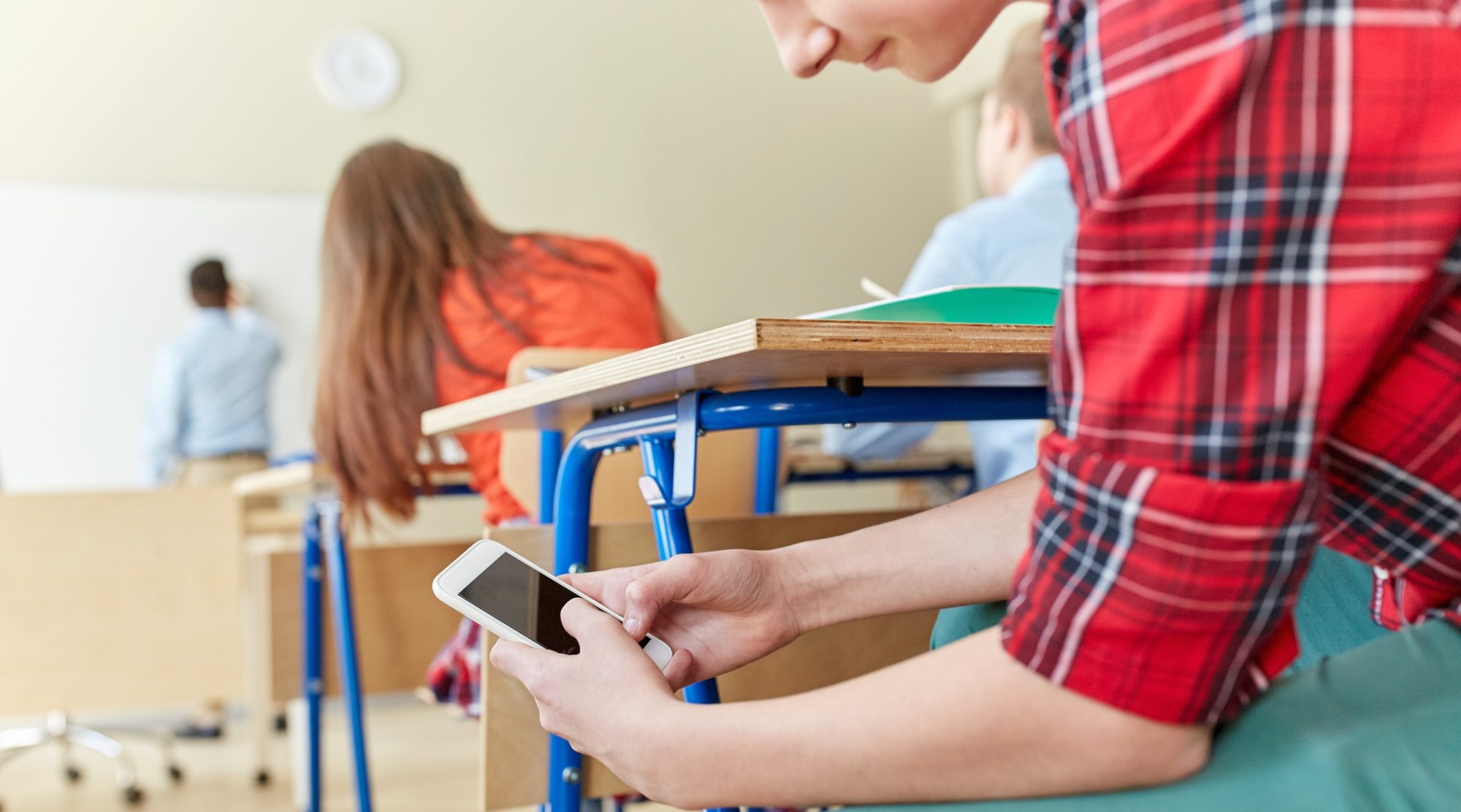 Cell phone usage in the classroom can be a big-time distraction. Asset tracking lockers have been used in a variety of settings such as for high-value equipment in a warehouse, to evidence storage in a police station. Companies use them to create safe employee lockers, and universities have used them for storing personal effects during exams. Now, they may be the solution in education learning environments as well.

Asset Tracking lockers feature technology that creates a trackable pattern of behavior – such as who accesses the locker and at what time.  Users can also be given access for certain times, such as preventing access between 5PM and 6AM.

Trackable lockers also can be designed to limit access to a specific key card, pin number or even biometrics, making them agile and secure. This is ideal for high-value supplies, such as those brought to school by students or items necessary in modern learning environments, like tablets and laptops.

How Does This Impact In-Class Cell Phone Use?

Younger students with cell phones have become much more prevalent. It’s not uncommon to see middle schoolers, and even older elementary school kids, with phones; parents are using them for safety reasons or even for their entertainment value.

Teachers often attempt to put systems in place that encourage students to leave their cell phones in their lockers, but lower grade schools aren’t equipped with those yet. Even older students who do have lockers, or when systems are in place to “leave the phone at the door”, can find ways to sneak them in, and sneak a peek when they should be focusing on the class. This can also lead to cell phone theft, either purposeful or inadvertent, by taking the cell phone from an insecure location in class.

Trackable lockers are one way administration can create a secure place for cell phones to be deposited and not accessed during class. Customizable in size, aesthetics, and accessibility, the asset tracking lockers can be easily incorporated into a classroom or hallway space, and give students the peace of mind that they will be able to retrieve their personal cell phone after class, rather than be afraid to have it taken from an unsecure system created from a shoe caddy. Users can also charge their devices while going through that period’s learning time.

As schools continue to look for ways to increase security and productivity, intelligent storage, and their necessity, will grow.