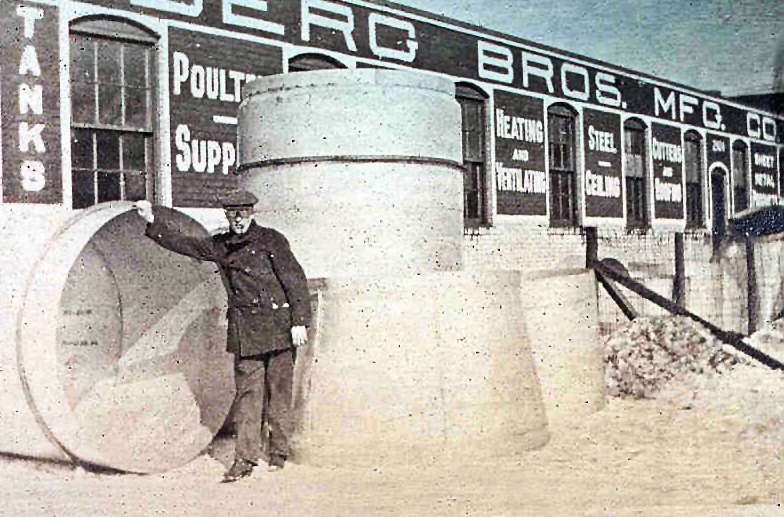 Legacy for a Century

DeBourgh was established in 1909 as the “Berg Brothers” in Minneapolis, MN. They were a small sheet metal shop specializing in poultry supplies, roofing, gutters, steel ceilings and light metal works. The Berg Brothers sold their business in the early 1930’s; however, never having been paid, started up the business again under the old family name of “DeBourgh.” Defense work was prevalent during WW II, and DeBourgh manufactured struts for the gliders, parts for B24 bombers, and rocking rollers for Bailey Bridges.

In 1931, the University of Minnesota contacted the Berg Brothers to have a new locker designed for easy maintenance, ventilation, and security. Incidentally by the 40’s, the students who used these lockers were now school administrators and coaches and began searching out these lockers for their own schools. Bob Berg (2nd generation) set up a network of distributors in the mid 50’s for the “All American Lockers.” About ten years later, he redesigned the locker, patented latching mechanisms and added a variety of sizes and options to the line. This was the beginning of the “All American Locker” product still manufactured today.

By the 60’s DeBourgh’s expertise was in heavy steel fabrication and was known throughout the upper Midwest for precision flame cutting with the capability of cutting through 20” thick steel plate. DeBourgh held a number of contracts for earth moving equipment such as road graders, soil compactors, dredging machines, and various cranes and other such material handling equipment. DeBourgh also developed the “Town and Country Bridge” division. These pedestrian bridges were all-welded in the factory, shipped by flat bed trailers all over the country, and installed at the job site. The bridges were purchased by parks, municipalities, golf courses and other recreational facilities.

After experiencing tough times in the steel industry, DeBourgh was forced to liquidate the fabrication division in 1989 and sold the Town and Country Bridge division in 1990. 3rd generation President & CEO Steve Berg needed to relocate the locker division to a smaller plant and after investigating business sites in seven states and thirteen locations, found everything he needed in La Junta, CO.

Today, through vigilant strategic planning, sibling owners Janet and Rob Berg are expanding the Company’s markets and product offerings while preserving the corporate culture of their forefathers. As stated in a 1920’s catalog, “We Take Pride in Our Work.” 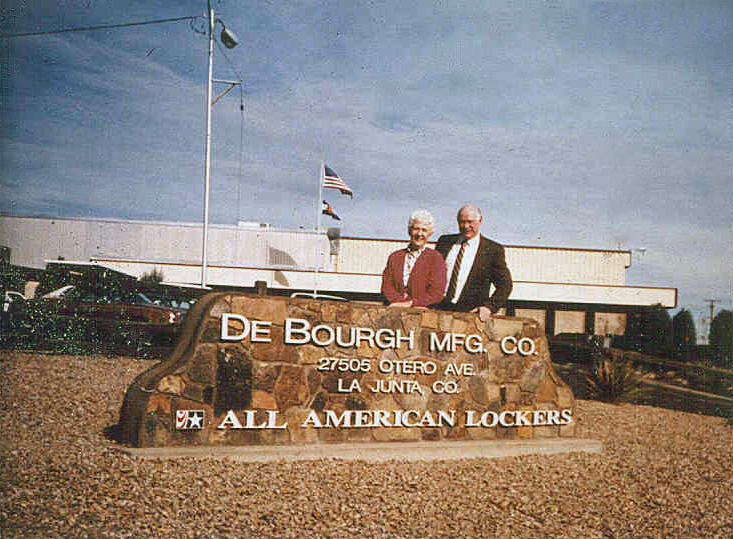